A recent listing of the winners at the 2013 Media Innovation Awards reveals many Mohawk Advertising Program grads walking away with significant metal.

Mohawk's Advertising Program racks up the Silvers at ADCC awards

"It's great to see our students once again winning at this award show, led by their creative professor Jef Petrossi," says Wayne Aubert, Program Coordinator. "One of our best showings!"

Several of the winners have already found career starts in agencies. Sarah Quinto is with TBWA/, Justin Turco is with TAXI Canada and Emmanuel Torres is with Leo Burnett.

We've been advised that two of our creative teams are medal finalists in the Canadian Marketing Awards.

Stay tuned to see how we placed on November 29!

Congrats to our awesome students and their coaches Janice Warren and Jef Petrossi. 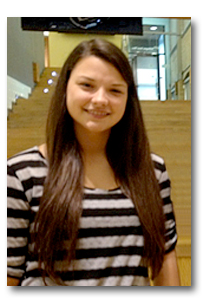 This Fall, the third year class participated in Mohawk Advertising Toronto Agency Tour Day. Each student, in their graduating year, gets to visit three Toronto ad agencies for tours and discussion. It's a great way to see "what's out there" says Program Coordinator Wayne Aubert.

"It's a bit of work to set up the logistics but the tours are so worth it!" says Wayne, "I see students feeling a bit intimidated at first but once they have done their first agency tour, they can't wait to visit the next one!"

"And the really cool thing is that often the agencies will appoint actual Mohawk Advertising graduates to be the tour guides!" continues Wayne, "and that shows these soon-to-be-grads that this could be them... and soon!" 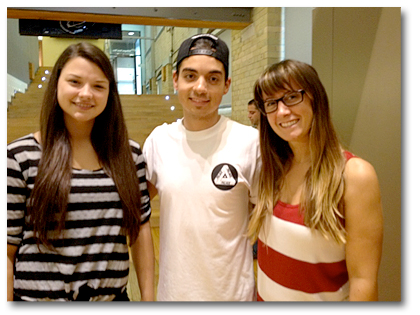 Check out the work (opens new window) posted on Ads of the World by 2013 Advertising grads Ben Masecar and Clayton Vrenjak. 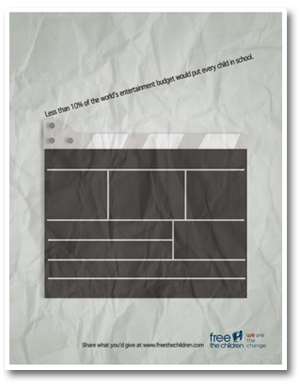 Check out the work (opens new window) posted on Ads of the World by 2013 Advertising grad Clayton Vrenjak. 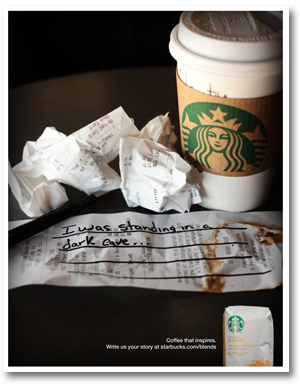 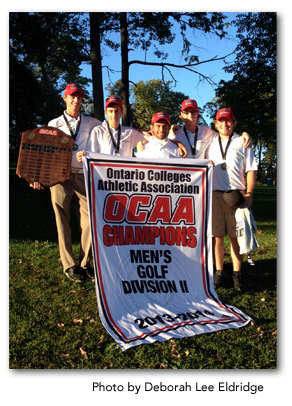 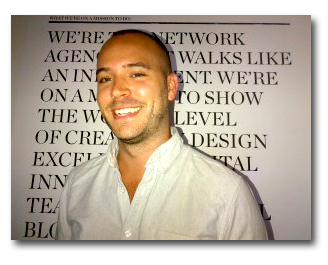 Jon Toews has a new gig!

Jon Toews, Mohawk Advertising Alumni and member of our Advisory Board has a new gig!  read more (opens new window)... 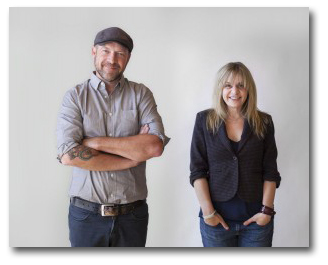 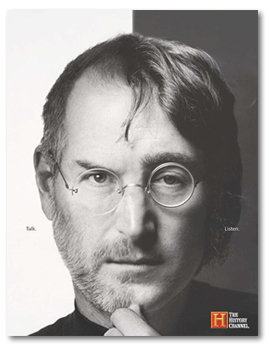 Every year, the Advertising program holds a toy drive. This year's recipient was Mountain Kidz, a grassroots organization run out of Eastmount Community Centre that helps families with special events and programming. Some years ago, Program Coordinator Wayne Aubert read an article in the Hamilton Mountain News about Kathy Archer and her organization and gave her a call. It was then that he discovered that Kathy gave out Christmas gifts to children... from her own personal funds. He offered to give her toys from the Advertising program toy drive... and now five years later... it has been a great success. 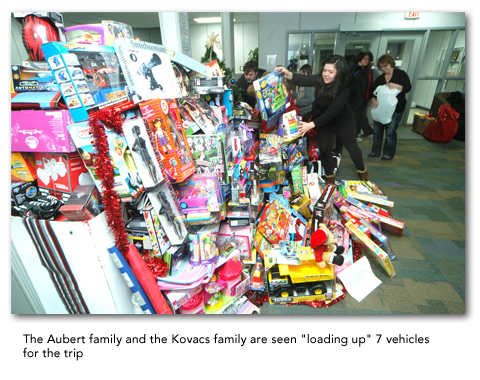 The goal this year was slightly higher than last year. Three hundred toys (valued at $20 each) plus fifty games (to be distributed through family hampers). "I was definitely getting worried," says Wayne Aubert, "we were not hitting our weekly targets and I thought that we were going to fall short."

But Second Year students, led by Adam Pipe, found some innovative solutions when they learned that the drive had slowed down. Adam secured a partnership with Tracies' Restaurant on Upper James that raised hundreds of dollars and dozens of toys and gift baskets and stockings. Dana Radcliffe led students (too numerous to list) to go class-to-class for coin collections. Lindsay Celeste has Walmart Upper James add Mountain Kidz tags to their donation tree which raised dozens and dozens of toys. Kirk Macdonald brought in toys from Second Chance sports.

Third year students Meaghan O'Neill-Townsend and Shannan Ruby, as part of their coursework, ran a concert that saw all ticket sales go to the toy drive. 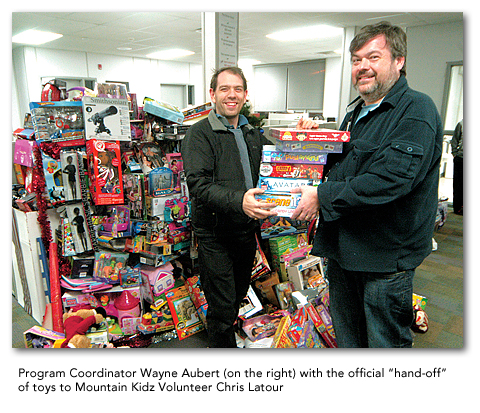 And other programs got involved too when "the call went out". Janet Mannen of Office Admin program, Alice Szraiber of Office Admin-Executive both raised toys and cash from their students. Tim Tuck of Public Relations raised toys as well. Tracey Kadish of Television gave a donation... and the list goes on.

Altogether, approximately 330 toys, 60 games, and over 100 stocking stuffers were delivered to Mountain Kidz in the evening on December 15.

Mohawk Advertising at the CMA Gala 2012

At the CMA Gala held November 30th, 2012 Mohawk College had another winning night taking home top honours in both the marketing and creative categories.

In the Marketing category, a team made up of Tara Bryk, Kirstie Ciconne and Kayla Ciconne won silver - the highest medal given away. Their task was to create a marketing plan for Sick Kids. In the creative category, Jen Rienties, Sarah Quinto, Ruth Cachero and Yan Chaynmann took home gold for their direct mail piece promoting WebStream, a new digital movie company. 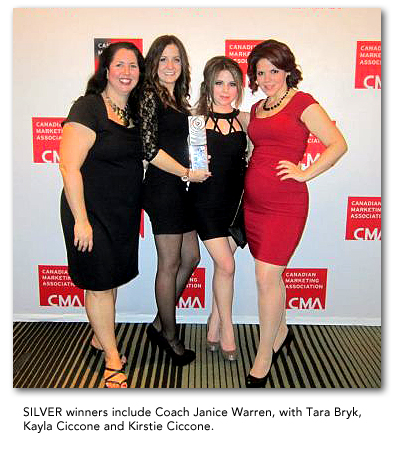 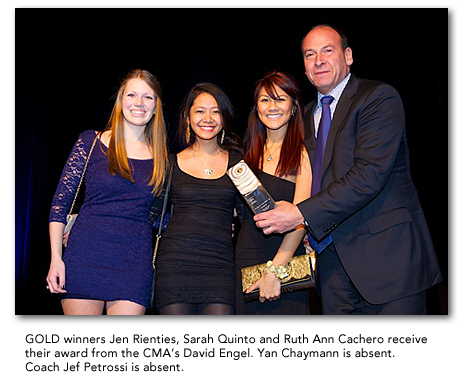 This marks Mohawk's 6th straight gold medal on the creative side of the contest - and continued dominance in both categories.

Here’s what is on deck:

Ellie Ketsetzis is a third year Advertising student, focused in the Creative stream. She is attending an internship open house at Lowe Roche and thought that she would do something to get their attention. We think that she will accomplish that.

Mohawk grads hang with the celebrities!

Grads of the Advertising program are "hot hires" in Media jobs. And there are perks...like in the station "up fronts" where they get to meet the celebrities. Check out grads Charlotte Brown and Mark Claessens and their celebrity encounters! 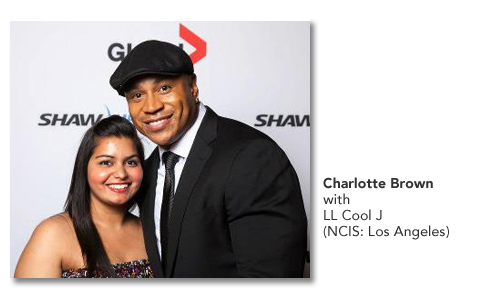 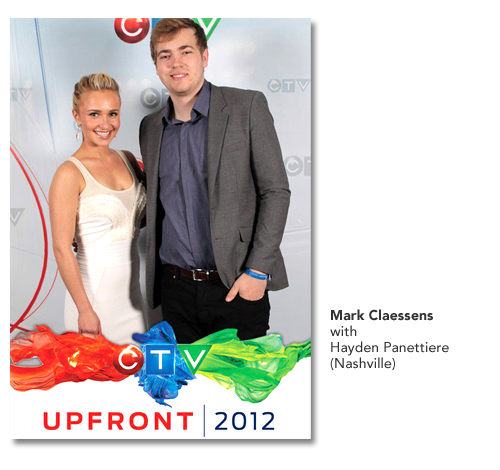 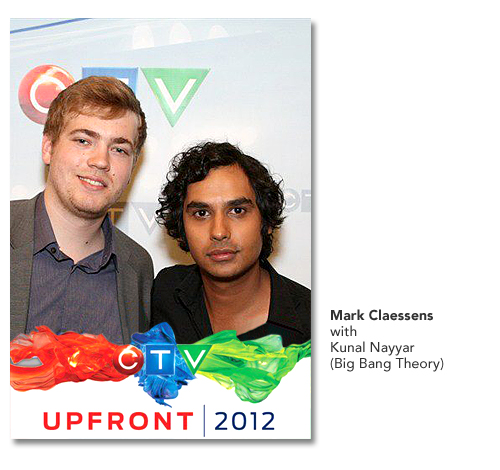 Top U.S. and Canadian schools in Advertising, Communications and Design compete in the Young Ones competition; one of the most competitive of the prestigious competitions for schools.

A special thanks to professors Jef Petrosi and Janice Warren for mentoring the students.

The CMA awards sweep caps off a winning November for Mohawk's Advertising students. Earlier this month, seven Mohawk students won in the Applied Arts Student Awards Annual and Mohawk had two silver medal winners in the Advertising and Design Club of Canada Awards. Of the eight finalists, six were Mohawk students. 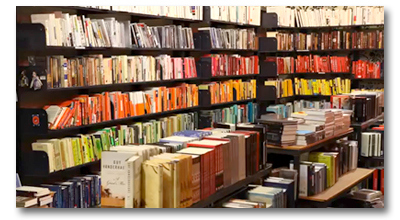 Mohawk's Advertising students and staff capped off an award-winning semester by giving back to Mountain Kidz in a big way. The nonprofit's annual Christmas dinner this Saturday will include 300 toys collected and donated by students and staff.

"It's been tough year for many Hamiltonians and Kathy Archer of Mountain Kidz had warned me that demand for help was increasing, " says Wayne Aubert, the Advertising Program Coordinator who spearheads the annual toy drive. "We knew that we had our work cut out for us this year with a record request of 150 toys." 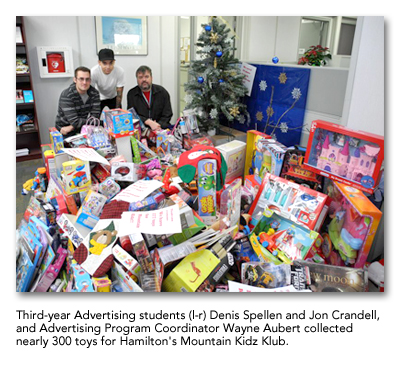 Third-year Advertising student Denis Spellen was the leader for the toy drive and worked with a student team on fundraising and classroom visits. The Advertising program joined forces with Mohawk's campus radio station INDI FM, with students writing and producing public service announcements to promote the toy drive.

"We're delighted that we exceeded our goal by 100 per cent and Mountain Kidz will make sure every toy finds a home," says Wayne. "When I gave the good news to Mountain Kidz, I learned that their dinners had all booked up for this Saturday and requests for help from the community were still coming in. We'll make a big difference this year."

"These wins are monumental for our program given that both advertising annuals are incredibly difficult to get into. Last year the ADCC only had 7 finalists in total from across the country in the advertising category. Mohawk was one of them. Clearly having 6 finalists this year is a major accomplishment.

Making it into the Applied Arts annual is also incredibly challenging given that they accept entries from all over North America. This means having to compete with powerhouse private schools like the Miami Ad School." says creative professor Jef Petrossi.

The 13 winning submissions are made up by a total of 16 students. Amazingly, three of the students (Sarah Quinto, Mikhail Ferrara, and Curtis Denomme) were only in their first year of study when they created their work.

Here is a list of the winners, coupled with the client their work was for:

The Ad and Design Club awards (opens new window) will be held on November 3rd, 2011 in Toronto. On that night, a grand prize cheque worth $1,000 will be given to one of the finalists. This year, there are a total of 27 finalists made up from several categories including interactive media, graphic design, animation, and editorial design, in addition to advertising.

The Applied Arts student annual (opens new window) is released in November. All seven of Mohawk's winners will be showcased in the book.