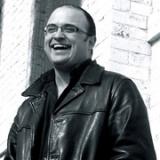 Adrian Farrugia has been playing the piano since the age of 12 and has plenty of experience in the music industry. Adrian has performed with many ensembles in about every major city in Canada and the US. He has also performed internationally in a number of countries such as France, Switzerland, Poland, Russia, and Japan.

Adrian joined Mohawk College faculty in 2002, where he currently teaches in the Applied Music program. He has been a Piano and Ensemble instructor since he started at the college.

Adrian has released four albums as a leader, one of those, his second album, "Ricochet," was nominated for a best contemporary jazz recording Juno award in 2011. Adrian has also been a contributing writer to Piano Guru, Larry Fine, on his publication "The Piano Book."

Adrian is a graduate of Mohawk College's Applied Music program and holds a Master of Music in Music Theory and Composition from York University.