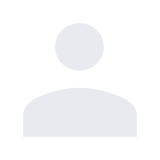 Shea Floren has worked in the industry since 2008, creating animation and motion graphics for companies and groups like the Nature Conservatory of Canada, Operation Smile, Heart and Stroke Foundation, Milk Canada, CIBC, the Pan Am Games and Mercedes Benz. Shea serves as Art Director for Sharp End Studio and has worked on the video game Valiant Effort.

Shea has been on faculty with Mohawk College since 2016, and teaches in the school’s Animation 3D program.