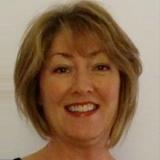 Susan maintains a private music studio in Ancaster, Ontario where, for over 25 years, has helped to develop many fine young musicians from the beginning. Her students have achieved consistently high results in local and provincial festivals as well as accomplishing top marks in RCM exams. In addition to being a member of the College of Examiners for the Royal Conservatory, she teaches at Mohawk College, Hamilton where she teaches private as well as group classes.

Susan, along with her husband clarinetist, Mark Thompson, has performed extensively throughout Ontario as well as ran a concert series for 17 years. They produced an album entitled "Blue Skies" which has been played on CBC and NPR in the US.

Susan is also in demand as an adjudicator and has helped to encourage many young players across Canada.

Susan is also a busy mother of two children!