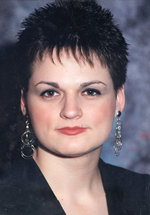 A Media Studies graduate, Lyla is the Host and Producer of Centre Stage on 101.5 FM The Hawk and is the owner of Lyla-The Publicist. Her wealth of media experience includes past roles with Alliance Atlantis, CHUM Television, Vision TV, The Aboriginal Peoples Television Network, Y95, CHML, Cable 14, and The Hamilton Spectator.

An accomplished vocalist, Lyla has belted out O Canada at sporting events, recording in studio with local area musicians, performed numerous musical theatre roles, added her voice to several choirs, and has showcased her unique vocal talents as a soloist in countless venues throughout Southern Ontario. The Hamilton Spectator's Theatre Critic, Gary Smith, named her one of the Top Theatre Performers of 2014 for her one woman cabaret show, Songs For A 40th Birthday.

Lyla was installed as a Lay Chaplain with The First Unitarian Church of Hamilton in November 2014. As a Canadian Unitarian Universalist Lay Chaplain Lyla is licensed to officiate weddings, funerals, child dedications and other rites of passage. Hamilton's Unitarian Universalist Lay Chaplains are trained to provide thoughtful ceremonies that mark the significant moments in people's lives while respecting a diversity of beliefs, heritages, identities, and relationships.

Lyla currently works for the Hamilton-Wentworth District School Board as a member of the Leadership and Learning Team.