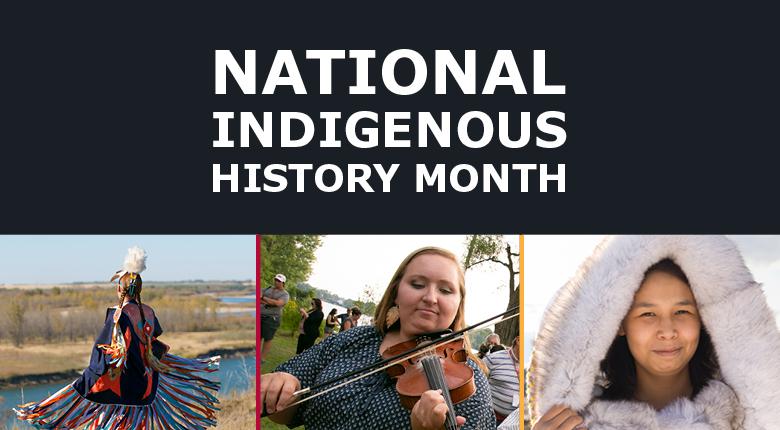 Daily Fact: Throat Singing is a traditional game of the Inuit; to win, you have to be the last to laugh.

Daily Fact: The Haudenosaunee Confederacy, is comprised of six-member nations including the Onondaga, Cayuga, Mohawk, Oneida, Seneca, and Tuscarora.

Teaching: The Haudenosaunee Thanksgiving Address is recited to open and close all gatherings, meetings and ceremonies. Its purpose is to bring the people together with one mind to tend to the matter which is the purpose for the gathering.

To learn about the Thanksgiving Address with Tehanhentah, watch:

Daily Fact: Prior to the arrival and settlement of European immigrants, Indigenous people had complex and successful knowledge systems and practices about land systems, sciences, mathematics, clans, politics, physical and mental health, and food security that provided healthy and abundant livelihood for millions of peoples for tens of thousands of years.

Athletes: For many Indigenous nations throughout North America, lacrosse is referred to as the Creator's Game and is known for its power to heal people and communities. It was a gift from the Creator. The game of lacrosse has been a central element of many Indigenous cultures for centuries.

Daily Fact: Today there are over 500,000 Métis people in Canada.

Dances: Métis music reflects their mixed ancestry and therefore comprises an amalgam of music styles, languages, and socio-cultural elements. The Red River Jig is a traditional dance of the Metis. This dance is usually accompanied by fiddle music.

Daily Fact: There are about 1.4 million people of Indigenous ancestry in Canada, referring to three distinct cultural groups of original inhabitants: First Nations (status and non-status Indians), Metis (a culture born of the mixing of elements of First Nations and European settlers) and Inuit (peoples from far northern territories)

This powerful documentary about the role of Native Americans in contemporary music history-featuring some of the greatest music stars of our time-exposes a critical missing chapter, revealing how Indigenous musicians helped shape the soundtracks of our lives and, through their contributions, influenced popular culture.

Watch Rumble: The Indians Who Rocked the World (102mins)