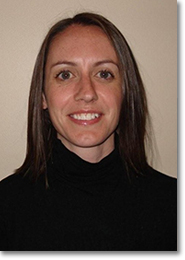 Christine Stoneman, a two-time OCAA League All-Star, played with the Mohawk Mountaineers for three years and racked up a large list of accomplishments during that time. In her first year of play, Stoneman and her team won the OCAA bronze medal as well as the Central West Division Champion title and the Central West Best Defensive Team title. In the 1998-99 season, although only placing in fifth place in the CCAA Championships, the Mountaineers were again named the OCAA West Best Defensive Team, the OCAA Team of the Week and won OCAA gold at that year’s championships.  Stoneman’s last year was her best of three, being awarded the Dr. Sam Mitminger Award at Mohawk’s athletic banquet, winning OCAA silver in league championships and setting an OCAA record for goals in a game with seven. Christine was named a member of the OCAA women's soccer All-Millennium Team.