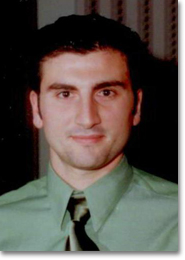 John Sozio was an OCAA League All-Star in each year of his three-year college athletic career. He was selected as the Most Valuable Player on the Mohawk team in 2000 and again in 2001. John was also recognized as the Outstanding Male Athlete for Mohawk College in both those same years.  Sozio is also a two-time CCAA All Canadian award recipient (2000, 2001) and CCAA Athlete of the month.  He also received top honours from both the OCAA and CCAA as Athlete of the Year and Player of the Year respectively.  John was named a member of the OCAA men's soccer All-Millennium Team.