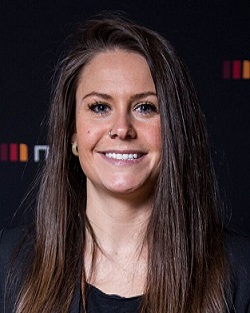 A versatile and gifted athlete, Leah Waxman competed for the Mountaineers in women’s Volleyball from 2005 to 2010. During her five years, she assisted her team in capturing four OCAA bronze medals.

During her last year at Mohawk, Leah rose to the challenge and played Libero for most of the season due to a shoulder injury. Her perseverance and talent was recognized when she was honoured as a Tournament All Star at the Limoilou and Fanshawe tournaments and she was the OCAA Player of the Game for the match against Trent.

She was three-times named her teams MVP and was the Outstanding Female Athlete of the Year for 2008 and 2009.