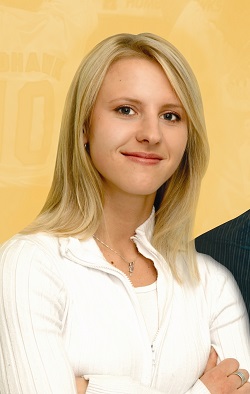 Margaret Myjak spent four seasons as a Mountaineer and was highly regarded as an athlete who embodied the Mountaineer spirit.

She was the 2005 OCAA Women’s Singles Badminton Silver Medalist and an OCAA 2nd place finisher at the West Regional Cross Country Championship.

Margaret was an outstanding team player in both of her sports. Her lively personality and thirst to learn was a contagious combination. She is an excellent example of what a student athlete can achieve.