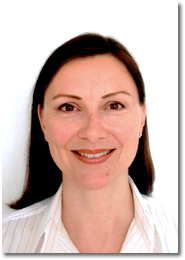 Sue Volcansek (Davies) was a fiery, competitive leader of our Women's Volleyball teams during her three year career, as she drove herself and teammates to great heights. Sue was a two time - Mohawk Team MVP, OCAA League and Championship Tournament All Star, from 1990-92. She led our team to an OCAA Silver medal and was named Championship Tournament MVP in 1992. Sue was also named Mountaineer Outstanding Female Athlete of the Year in 1992.