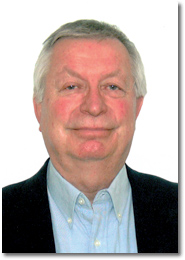 Terry Macklin was a gifted all round participant and Champion in the early years of Athletics, as the College transitioned from Hamilton Institute (HIT) to Mohawk. Terry was a member of both the Gold Medal Men's Basketball and Golf teams in 1967-68, the first year of Ontario College Championships (OCAA). Terry also participated and led his class in many Intramural sports and was also selected to represent the students on the Athletic Directorate, the early beginning of our Students' Athletics Committee (SAC).