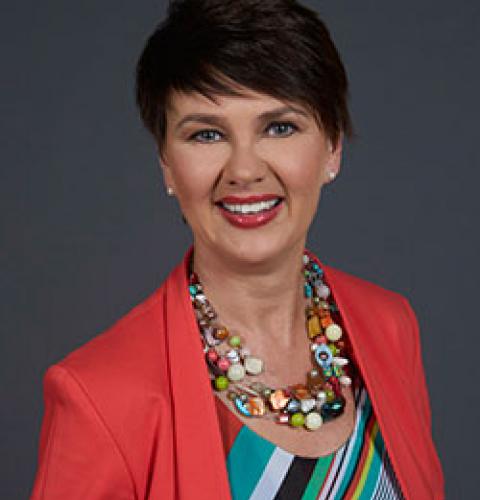 Hired directly out of College, Annette Hamm has been part of the CHCH News team since 1986. She moved to the anchor desk on Morning Live in 2005 after several years as CHCH’s crime reporter. She now co-hosts Morning Live on CHCH, where she writes, produces and conducts live-interviews. Additionally, Annette works as a part-time fitness teacher for the Hamilton YWCA, leading off-site classes at businesses and retirement homes. She is involved with many community organizations such as Food4Kids, gritLIT (Hamilton’s Literary Festival), the Junior League of Hamilton-Burlington, and the Hamilton-Burlington SPCA. She was named a 2015 Woman of Distinction in the Public Affairs category by the Hamilton YWCA. Annette returns to Mohawk often talking to current students, and has been the Master of Ceremonies for the Alumni of Distinction Awards dinner among other Mohawk events. In 2008, she was named as one of the Mohawk College Incredible 40 at 40.

"Don't be afraid of what you think you can't do."

It's not so much a memory or a piece of advice, but my Mohawk experience made me realize me that armed with the right skills, you can tackle anything.