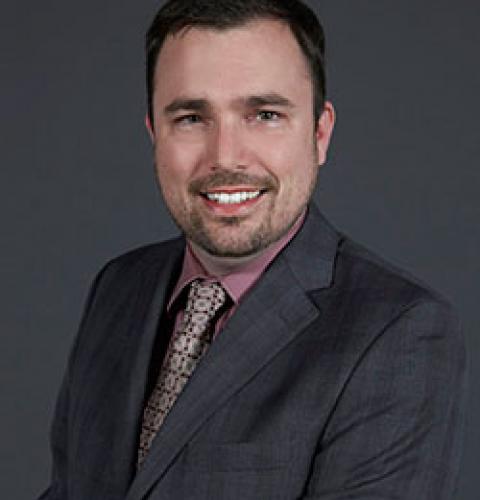 While a student at Mohawk in 2007, Justin Fyfe was hired as an employee in the Applied Research department. After graduating in 2008, he was hired on as an Electronic Health Records Analyst by the College. He was promoted to a Research Project Manager position in 2009, and in 2011, he was promoted to Software Architect. In 2014, Justin took a leave of absence to work at EcGroup Inc., a boutique consulting firm based in Ancaster. He returned to Mohawk as a Software Architect in 2015 and expanded his portfolio to include work on international projects. He and his team are now working with PATH, a Seattle Health Organization, to help create a healthcare database for families in Africa. They piloted the project in 2014 in Tanzania and Zambia. For his work, Justin has been recognized with two 40 Under 40 Business Achievement Awards, in 2012 & 2016. Also his teams have been awarded the Mohawk Innovator Award in 2009 and the Canada Health Infoway Standards Collaborative Peer Award in 2010. In his spare time, Justin donates his skills to open source projects that operate in the developing world.

Be a craftsman in everything you do. Never take shortcuts and always do things properly. Whether it is a seemingly meaningless assignment, or paper, put in the extra time to learn the right way to do something. Not only will it give you more pride in your work, but the collateral benefits of the experience will pay in ways you cannot yet imagine. I am always amazed to find that some nugget of information which seemed useless at the time for the task at hand, helped me on some unrelated task.

There are many great memories at Mohawk, but if I had to pick one which I would qualify as the best, I would have to say the time I was asked to join the college applied research project. I was approached by a professor (Brian Minaji) in my last semester who informed me that I probably wouldn’t learn anything new in his class; but if I were interested, there was an e- health research project the college was starting. I was told that it wouldn’t be much more work, and I’d be granted course credit in lieu of taking the originally scheduled class. As I like to say, apparently the class I was released from must have been really difficult, as that was one of the most challenging (yet fulfilling) semesters during my time at Mohawk.

I think the reason that many memories stick with me is the sense of community and inclusion at Mohawk. While I was in university it was easy to be lost in the crowd, however I never felt that way during my time at the college.