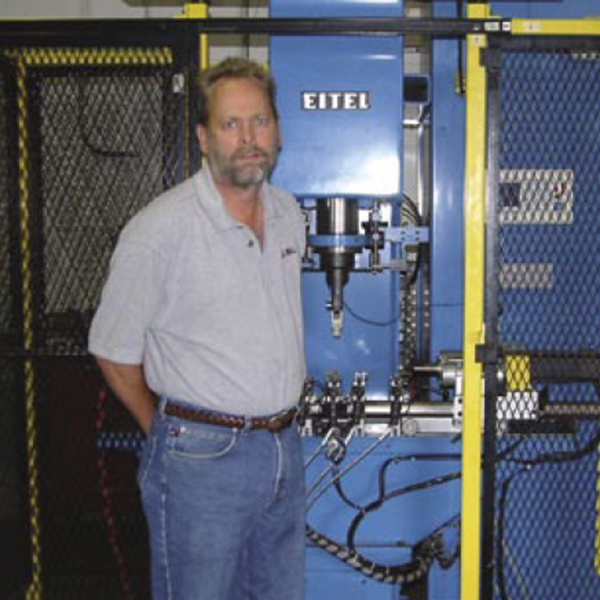 In Touch caught up with Mohawk alumnus Chris Dennis during the dog days of summer in early August just after he’d returned from vacation. A quick scan of the 300 waiting emails was his stark reminder it was time to get back to work at H & S Heat Treating, a company he co-owns.

For over three decades, H & S Heat Treating in Port Robinson at the south end of Thorold has been providing industries with a single source of complete, highly efficient and reliable services relative to their very diverse heat-treating requirements.

The company was purchased 35 years ago by Dennis’s parents, Phil and Fran Dennis, and now their sons Colin, who is president and Dennis, vice president of sales and marketing, handle day-to-day operations. Dennis assumes the same title at a sister company called Nitrex Metal Technologies in Burlington. Both companies are co-owned by the brothers and their brother-in-law David Orosz, who serves as Nitrex Metal Technologies president.

Dennis took the Materials Engineering Technology course from 1976 to 1979 at Mohawk and says there’s no doubt his father had a large impact on the direction his career path would follow.

It all began innocently enough in 1969, after a friend from the local Lion’s Club, who was a real estate salesman, had casually approached Phil Dennis. A light industrial plant was for sale in Welland, and Phil was asked for advice on where to list such a property, having worked as an engineer for much of his life. The 2,500 square-foot company was called H&S Heat Treating. The two main principals were at loggerheads over how the company should move forward. When it became apparent the stalemate couldn’t be resolved, it was decided they would each sell their stake in the operation and move on in separate directions to pursue other ventures.

The entire experience at Mohawk was extremely rewarding, from the in-class instruction to playing sports and participating in social activities on campus.

The timing was perfect for Phil. Three years earlier he had moved his family back to Pelham after spending three years in Switzerland where he represented Atlas Steels in both Europe and Asia.

Dennis’s father was a professional engineer, specializing in metallurgy. He had been a 13-year employee of Atlas Specialty Steel Mill in Welland prior to the move overseas. The family had been back in Niagara for a while and Phil had often thought of going into business for himself. That’s exactly what he did.

By the mid-1970s, H & S Heat Treating was looking to expand operations, having outgrown its small industrial space. But when the company went looking at options for expansion, although supported by Welland City Council, the newly passed zoning by-laws prohibited any further expansion at that location.

In 1975, H & S relocated its operations to a larger 5,000 square-foot facility in Port Robinson. Equipment was added, and the company expanded its market focus. The core capabilities were also extended to meet the most critical application needs, such as those associated with the nuclear and aerospace industries. In the years that followed, H & S grew with the companies it served, in some cases, extending or replacing customers' in-house heat-treating capabilities with H & S services.

After high school, Dennis followed in his father’s footsteps and those of his older brother Colin, who is a PEng in Metallurgy, with a degree from Queen’s University in Kingston. With no hesitation whatsoever, he says the entire experience at Mohawk was extremely rewarding, from the in-class instruction to playing sports and participating in social activities on campus.

“The course is now called Mechanical and Industrial Engineering at Mohawk,” notes Dennis, who remains on the advisory committee for the program. Meetings are held twice a year with successful graduates of the school providing suggestions on what aspects of the course school officials should focus to ensure today’s students are up-to-date with the latest technologies and methodologies. “I started as a student rep and when I graduated they asked me to come in.”

“When I took the course back in the 1970s there were only 12 to 14 kids who graduated,” Dennis recalls. “About 20 kids started in first year, but by third year they had branched off into other areas. But there were at least 40 jobs available, so finding work was not difficult.”

“It was definitely a hands-on course,” Dennis confirms. “We had our own foundry for casting and we were able to cast our own beer mugs and ash trays.

“It was definitely a hands-on course,” Dennis confirms. “We had our own foundry for casting and we were able to cast our own beer mugs and ash trays. Dr. Dedo headed up the program, which was excellent. It prepared us well for the real world. A bunch of my friends ended up working at either Dofasco or Stelco.”

As demanding as the course was, Dennis felt it was important to keep a balanced lifestyle. He enjoyed athletics and a social life, and put his 6’1” frame to good use, playing three years on the men’s basketball team and serving as team captain in his last year. “Wes Hicks was our coach that year, and we had a lot of fun.”

“I lived near campus and the old Arnold Centre was a great place to hang out,” Dennis remembers. “Back then it was the old one and it was about the size of a fruit cellar. A friend named Botch and I hung out there on Saturday nights and flung beer.”

Another of Dennis's interesting school activities involved harness racing. “We never really had any training,” he notes. “I got to represent Ontario at Lower Sackville Downs, just outside Halifax, Nova Scotia, during the 1978-79 season which was a lot of fun. We also raced in London and Kawartha Downs in Peterborough.”

Dennis recalls that H & S was still quite small when he graduated and so his father, brother and he took part in all aspects of the business. “I started in production, then went to quality control,” Dennis says. “As the company grew, it was evident I had the gift of gab, so my dad pointed me in the direction of marketing and sales. It seemed like a natural fit for me.” The company now has a staff of about 60.

A significant landmark year for H & S Heat Treating was 1990, when Nitrex Metal Technologies was created. The principals who got the new venture off the ground were; Dennis, his father Phil and brother-in-law David. It began in a small corner of H & S' facilities, but within five years had outgrown that and was moved to its current Burlington location. Nitrex Metal Technologies has about 35 employees, and has become one of the largest single-service heat-treating shops in North America. Each year Nitrex Metal Technologies uses co-op students from Mohawk while H & S Heat Treating elicits the help of students from Niagara College as well as Mohawk, some of whom have gone on to attain full-time employment with the companies over the years.

In 1995, H & S began production at a 10,000-square foot location in Barrie. The Barrie facility grew to over 26,000 square feet, and was primarily responsible for performing induction (high & low frequency) and deep-case carburizing services. For strategic purposes the plant was closed in December, 2001 with various production aspects moved to Port Robinson to consolidate operations.

“As the company grew, it was evident I had the gift of gab, so my dad pointed me in the direction of marketing and sales. It seemed like a natural fit for me.”

Another big year was 1999 when H & S achieved its QS9000 and ISO9002 Registration. “Rigid testing, inspection procedures and SPC techniques are employed throughout H & S' operations,” Dennis notes. “This ensures adherence to customer specifications and consistently high levels of product quality and performance.”

In the year 2000, a new era began at H & S Heat Treating, with the introduction of CNC machining to the plant floor. The CNC machining is part of a special project between H & S and one of its key customers. The project incorporates induction heat treating with CNC machining via a customized robot.

Dennis lives in Fenwick, Ontario, just south of St. Catharines, with his wife Dana, 17-year-old son Tyler and 14-year-old daughter Brittany. As for his father Phil, who is now 78, he likes to spend his free time flying his vintage 1948 Stinson airplane.

This story was originally published in Fall 2004 of the Mohawk Alumni In Touch magazine. 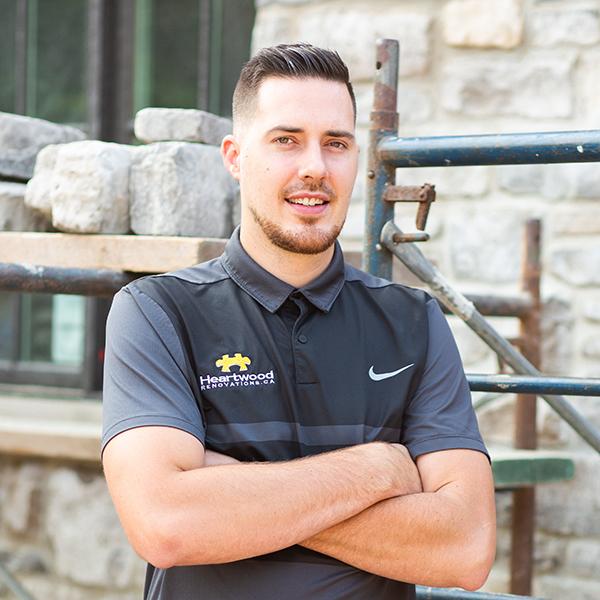 Joal Roshko ‘10 grew up helping his dad on projects around the house. Knowing that he enjoyed building and creating, finding a career where he coul 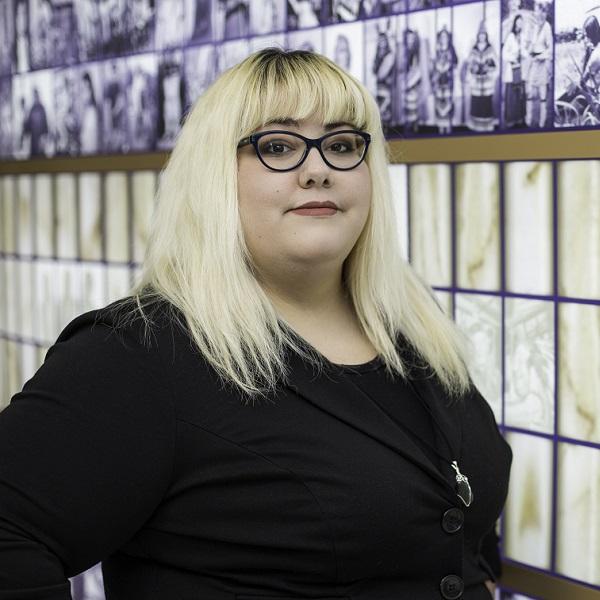 Amanda White ‘08 is now committed to broadening the understanding of the Indigenous community at the college. 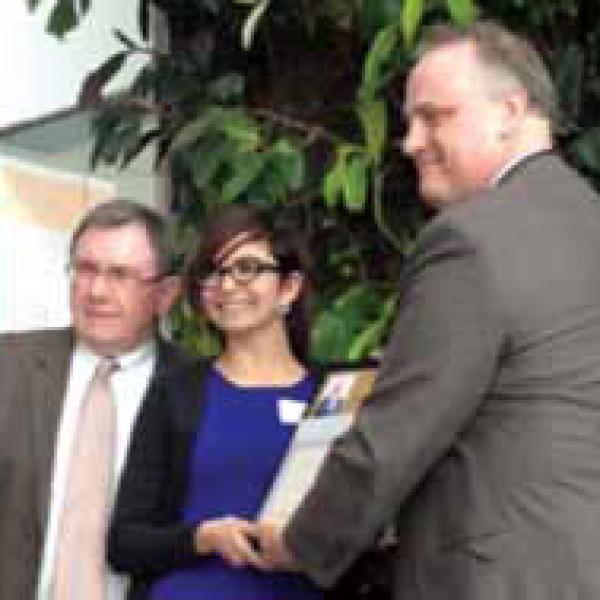