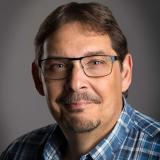 Peter J. Maurin has an extensive background in the media industry, which he makes sure to share with students. A freelance writer with over 40 years of experience working on the air for several radio stations across Ontario. Peter has been an author for Pearson Education, since 1996, and has co-authored Canadian editions of both Keys to Success and The Media of Mass Communication.

Peter has taught in the Media and Entertainment Program at Mohawk College since 1990. Currently, he teaches all law courses within the Broadcasting – Radio, Broadcasting – Television Communications Media, Journalism, and Advertising programs. Peter is also currently the program coordinator for the Communications Media Practices Post-Graduate Certificate program. He is also the course coordinator for the Popular Music and Society Gen Ed courses. Formerly, Peter has taught at Brock University, as well as Niagara and Seneca Colleges.