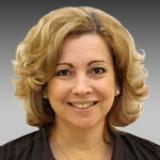 Tracey Kadish, Associate Dean, Business and Media Graduate Studies, Applied Research and Entrepreneurship, at Mohawk College. Tracey is a graduate from McMaster University (Political Science) and Mohawk College (Broadcasting Television). Upon graduation, Tracey joined the Canadian Broadcasting Corporation (CBC) in Toronto. While at the CBC, Tracey worked in the technical division on network productions and quickly moved into network management in the role of Operations Manager. Tracey brings an abundance of experience having worked from the ground floor up to a position of hiring and managing the technical crafts for network productions for television, she has an appreciation for applied research and student engagement and also has a background in corporate, and small/family business. While at Mohawk Tracey has been the Coordinator/ Professor of Broadcasting Television program and had received both the Mohawk College President's Award for Excellence and the Mohawk College Award for Excellence. Applied research projects and awarded grant funding in the areas of 360 degree camera, virtual reality, augmented, mixed reality and streaming.