Securing a career in mortgages 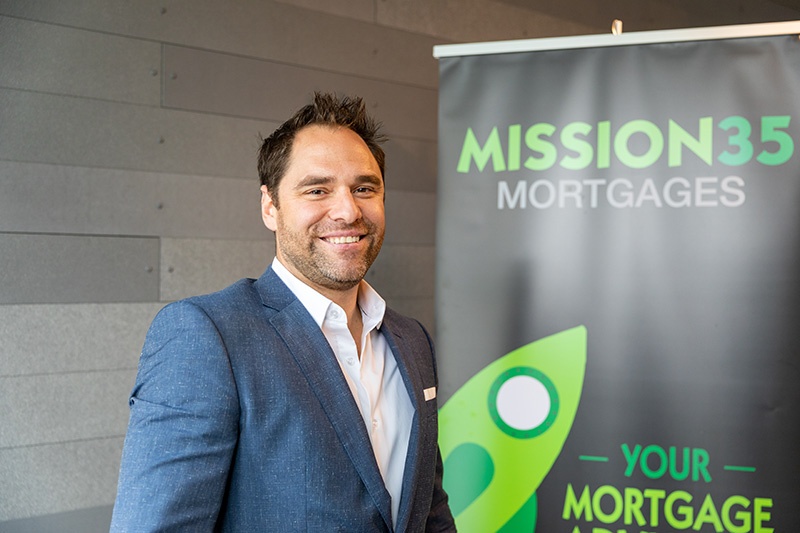 Entrepreneur Brian Hogben ’01 always thought he’d be a businessman. From a young age, he saw how the business world had allowed his dad to provide for his family. Though he aspired to have the type of financial freedom his father had earned, it would take some time for Brian to realize his entrepreneurial ambitions to achieve his goals.

Returning home from studying international management abroad at the University of Western Sydney in Australia, Brian had hopes of grandeur immediately upon graduating. Admittedly a bit misguided, he thought he would be able to easily secure a position in upper management at the bank he had worked for throughout his college days. He soon came to realize he was lucky to obtain the same position he had prior to moving to Australia. This is when Brian’s mindset started to shift.

While working full-time as Personal Banking Officer at the bank, he experienced ups and downs in his own financial situation. For a few months, he would work hard to build some savings and pay off debts but would eventually indulge in things like vacations or going out with friends. Soon enough he would be back to where he started in terms of his personal finances. Looking for ways to grow in his career and make more money while doing it, Brian’s manager encouraged him to pursue the mortgage field.

Moving to a commission-based income, Brian says he wasn’t seeing the results of his hard work paying off as fast as he would have liked, but he eventually started to excel in this new path. “The first year was okay, but I was resilient and stuck to it,” says Brian. “I saw my business double each year following until I became one of the top producers in Canada, for the bank I was at, for eight consecutive years.”

Getting as far as he could while working for a national organization, Brian was ready to take the next step towards his ultimate goal—owning his own business. For five years, he worked at a mortgage brokerage firm where he built up a client list and learned the finer workings of a business before taking the leap to start Mission35 Mortgages – named for obtaining his goal of being mortgage free by the age of 35.

A graduate of the Business Administration program, Brian is thankful the program exposed him to all aspects of business, from marketing to financial planning to small business management. Years later, he still goes back to lessons he learned in school and has kept his old textbooks to reference on occasion. One notable class was Applied Sales, taught by Bill Lucas. The knowledge that Bill had his own business was an inspiration to Brian, “I thought then ‘this guy has it all.’” Looking back on his educational experience at Mohawk, Brian admits he has had to relearn a lot “Many of the mistakes I made while building my career could have been avoided or lessened if I had paid more attention back then,” says Brian.

Now that his business is doing well, rated one of the top mortgage brokerages in Hamilton, Brian returns to Mohawk to talk to current students and give back financially. “Mohawk gave me the foundation for the life I’m enjoying today,” he says.

In the future, Brian hopes to align Mission35 with education—helping people learn about investment properties and ways to pay off their mortgages as soon as possible. Ideally, he’d like to create a large event that invites outside experts to Hamilton to help small business owners learn more to grow their own businesses in various ways, especially through real estate, where he found his own success.