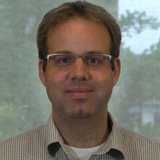 Prior to teaching at Mohawk, Chris worked ten years as a Business Systems Analyst consultant where he created IT systems to improve efficiency and solve business problems. He worked mostly with large financial institutions.

Following this he was the first Senior Business Analyst hired by the University of Guelph where he led a number of IT projects. One that he contributed to was the implementation of a new $3M system which would see daily use by a thousand users.

Chris studied at York University’s bilingual campus, Glendon College, where he earned an honours BA with a double major in IT and Philosophy. He also earned an MBA from York’s Schulich School of Business. He is a Sergeant in the Canadian Artillery Reserves where he has served for the past 21 years and was awarded the Queen’s Diamond Jubilee Medal for leadership.