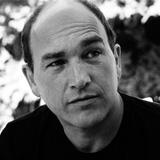 Professor Daniel S. Popowich teaches and coordinates anthropology courses at Mohawk. Professor Popowich holds a Master’s degree in anthropology from the University of Manitoba, a Bachelor of Arts (Combined Honours) in anthropology and philosophy (minor psychology) from McMaster University, and is a graduate of Mohawk College’s General Arts and Science Program. Dan’s Master’s thesis explored the role epidemic disease played in shaping medical culture – his current areas of interest include evolution, genetics, forensics, disease, and medicine.

Dan is a recipient of the Mohawk College Award of Excellence and the Mohawk College Alumni of Distinction Award. He is the author of Disease, Health, Healing, and History and It's in the Bones: Evidence of the Past. Dan has been an editorial reviewer for major Canadian anthropology and sociology textbooks, an author of ancillary materials, and has published letters regarding equality and environmental issues in his community. He has presented at international and national conferences on student success, engagement, and pedagogy. Dan has served on the Joseph Brant Memorial Hospital Research Ethics Committee, the Society for Applied Anthropology in Manitoba, the Health Action Center for Culturally Sensitive and Palliative Care, the University of Manitoba Graduate School Admissions Committee, and the Executive Committee for the Cross-Lake First Nation Reserve Treaty Rights Conference.