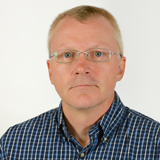 David Smillie is a former reporter and producer with CBC Radio and Television. He has also worked as a field producer for TVOntario and ran the news division of Discovery Channel, as well as CBS Radio. He has also worked in web development, where he helped create a Golden Trilobite-winning website for the Royal Ontario Museum (ROM).

David is a graduate of McMaster University, as well as Carleton University in Ottawa. Known for his wide array of wacky ties, he can often be seen wearing various neck ties featuring different cartoon characters.