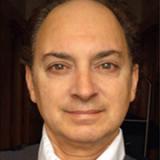 Dusty Micale was born into a musical family: his father a piano teacher, performer, and songwriter. At a young age he began playing keyboards and writing songs for various rock bands in the New Jersey music scene. His early education included analysis of songwriting. It was a natural evolution, as he quickly wore out his recordings of some of the great musicians of the day: The Beatles, Genesis, ELP, The Rolling Stones, Bob Dylan, and many more.

He pursued his growing interest for Classical Music through the study of Composition at the Juilliard School in NYC, private studies with American composer Stanley Wolfe. Dusty completed a Bachelors of Music from Mannes/The New School in NYC. Dusty was awarded a prestigious scholarship for further study at the Aspen Music Festival and School, and later received a position as a "Participating Composer" in the NYU/ASCAP Film Scoring Workshop. He recently scored two documentary films, "Prayers of the Ancient Ones," and "Contemporary Days" and both are in current release worldwide.

Dusty has been ASCAP member since 1989.  He has collaborated with other songwriters, teaming up with the best to write and produce, including Franke Previte ("I've Had the Time of My Life" - Dirty Dancing).

Through his production company, Vespers Music, he writes, produces, arranges, and records both his own, and other artists' music. He has composed original pieces for television commercials and TV show theme songs.  Dusty's music and sound design can also be found on several Industrial and Educational projects including promotional DVD's and new product announcements (trade show films).

Known for his skilful horn and string arrangements, Dusty arranged several large-scale performances including “Beatles Bash,” a note-for-note symphonic recreation of the original songs, the “British Invasion,” featuring an array of hit songs of British origin on the American charts throughout the years, “Glen Burtnik ‘On Canvas’,” a PBS TV Production, several Glen Burtnik &Friends Xmas Xstravaganza's, and more.

While professional performance, composition, arranging, and recording have been the core of his musical career, Dusty has always taught music and piano throughout the years with great passion and enthusiasm. He is truly excited to have joined the Mohawk Faculty in 2013 to contribute to the success of his students in this outstanding musical program.