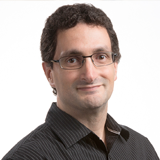 Joe is a Professor in the Department of Computer Science And Information Technology at Mohawk College. He is also the Program Coordinator for Mohawk's new Bachelor of Digital Health Degree program. Prior to joining Mohawk he was the Associate Dean of Applied Computing at Sheridan College’s Trafalgar campus. He holds a Master of Engineering degree and has extensive software development, consulting, academic, applied research and management experience acquired during 18 years of industry, 11 years of consulting and 7 years of academic experience.

Before becoming a professor, Joe worked in the software development industry for more than 18 years on a wide range of platforms including embedded systems, client-server, Windows desktop, web and mobile. In 1999, at the peak of the "dot-com" boom, Joe started Optimum Software Development and worked as a software development consultant for 11 years. During his industry career he worked with many local companies including Smiths Detection, MDS Sciex and L-3 Wescam. Joe has worked for start-ups, multinationals and everything in between.

Joe has guided and mentored many students for their final Capstone projects. He has also taught numerous courses in the software design and programming areas with emphasis on Microsoft development technologies including C# and ASP.NET. Joe regularly surveys his students and credits much of his teaching success to the valuable feedback he's received from past students.