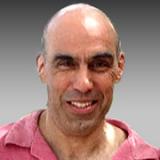 He has been working in the television industry for 35 years. Starting in Cable Television as a Mobile Programmer he moved to Western Canada and worked for a small market station as Director/ Switcher. Regina was the next stop working for the CBC then on to CBC Toronto. He has switched every major Canadian TV Production.