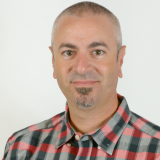 Upon graduating, Joe moved to Toronto to work for Bell TV as a Master Control Operator. In a short period of time he was promoted into post production, working with Bell's production company "VU Productions". He started as an assistant editor and then work his way to becoming an editor. As an editor he worked on many different genres.

Primarily as a promo editor Joe has worked on everything from movie trailers to television shows to documentaries to John Mayer concerts. Later he was promoted to Editing Supervisor and then as acting Post Production Manager where he was in charge of the editors, graphic artist and audio.