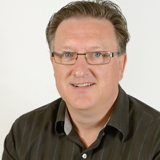 Laurence holds a Bachelor of Commerce from Lakehead University, as well as a Master of Education from Central Michigan University and a Business Administration diploma from Mohawk College. Laurence has been nominated three times for a Mohawk College President’s Award and has won once in 2013.