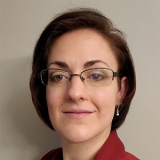 Marie Cassidy has been in the radio industry for 15 years, and is an award-winning journalist and on-air personality.

Marie is the Station Manager/Technologist for 101.5 The Hawk and Ignite Radio at Mohawk College. She’s also a Professor in Creative Industries. She’s been a part-time professor at Mohawk since 2018, teaching Journalism and Radio Broadcasting. She went full-time and took over the radio stations in 2020.

She has worked at radio stations from Owen Sound to Tillsonburg to Niagara Falls, with many stops in between. Marie has worked for companies including Bayshore Broadcasting, Haliburton Broadcasting Group and Vista Radio.

Marie spent a decade with Vista Radio Ltd. and was the Regional Cluster News Director of Ontario and the voice of the national news for the chain's more than 20 stations across the province.  She was also the Assistant National News Director for more than 60 properties across Canada and the Operations Manager for two stations in Niagara Falls.

She has been part of several different morning shows in Southern Ontario, most recently on 105.1 The River in Niagara Falls. She has spent countless hours behind the mic hosting almost every daypart in radio including middays and afternoon drive. She has done everything from news, programming, operations and promotions.

Marie has earned several awards in the radio industry including a Reader’s Choice Award for Best Local Radio Personality. She developed a feature at 92.9 The Moose CKJN that went on to win six awards: one regional, two provincial and three international. It won Best Radio Public Service Announcement in its category for three consecutive years from Crime Stoppers International. She has also been a part of raising hundreds of thousands of dollars in support of local charities.

She's an honours graduate of Mohawk College's Broadcast Journalism and Communications Media program and has helped many other grads get their start in the broadcasting industry.