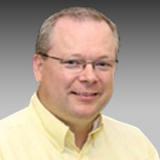 Patrick Hanson's twenty-five-year production career spans a variety of genres and roles. His work as a production operator in the live sports and entertainment industry includes major league sports, concert, corporate and theatrical events. Pat has also worked on location as a shooter, sound operator, and grip for commercial, lifestyle, comedy and drama productions.

Pat began teaching at Mohawk College in 1991. Since 2017, he has been an instructor and the program coordinator for the Broadcasting – Television and Communications Media program. Over the course of his career, he has held a variety of teaching positions with a focus on the development of media education for his students.

Pat is an honours graduate of Mohawk's Television Broadcasting program.