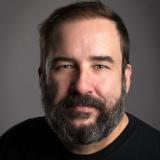 His Design work has been featured in different publications and books such as Communications Arts, Extreme Graphics, Virtual Media, Graphic Design Speak and Computer Arts and has won numerous Advertising and Design Awards.

Rafael is a Graduate from Universidade Católica de Campinas (Puccamp) in Communications, Major in Advertising, and has a Post-graduate Diploma in Creative Advertising from Escola Superior de Propaganda & Marketing (ESPM) in Sao Paulo, Brazil.

Finally, he has been almost obsessed to develop his lifelong passion (Photography) for the past 4 years, giving him a 2013 Applied Arts Photography Annual Award, 2010 Coupe Magazine Award, winning the Chill Magazine Photography Competition, 4 Photo Exhibitions (1 solo), a photo book, and have his Paris Opera photo chosen to be the backdrop for the Official 25th Anniversary performance of the Phantom of the Opera in London, England.