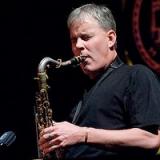 Scott Neilson began his professional music career when joined the Musicians Union in 1982 and began working the Toronto bar circuit. Playing in many different musical situations including Ska, Reggae, R+B, Jazz and Blues.

After completing his diploma in Music at Mohawk College he studied privately with Michael Stuart.

In addition to teaching at Mohawk College, Scott is also currently teaching at Hillfield Strathallan College and works at his private home studio in Hamilton.