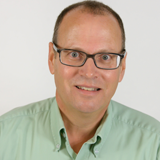 Tim joined the faculty of Mohawk College in 2007, following a 22-year career in journalism and public relations. His public relations career has taken him through the worlds of entertainment, sports and municipal government. As a Senior Communications Officer with the City of Hamilton, Tim managed public relations campaigns. Tim has been accredited by the International Association of Business Communicators (IABC). He served five years in leadership with the IABC Canada East Region Board of Directors, including one year as Chair (2017-18). Tim also served as President of the IABC Golden Horseshoe Chapter (2013-14).