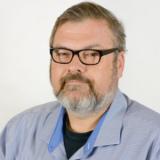 Wayne Aubert has over 35 years of advertising industry experience having held roles such as Print Producer, Advertising Manager, Creative Supervisor, General Manager and Production Manager. Wayne has worked at top Canadian advertising agencies (including Ogilvy, Saffer and Fuel), as well as in communications for the Ontario Government and for the former department store chain, Brettons.

Wayne has been with Mohawk College since 2002, where he served as program coordinator for 12 years. Currently, Wayne is a professor in the Advertising and Marketing Communications Management program. Wayne has also been a course director with the Institute of Communication Agencies for over 20 years.

Wayne holds several industry designations from both the ICA and IBEC, as well as a diploma in Advertising from Sheridan College. He also has a certificate in Service Teacher Training from St. Clair College. Wayne is also very active in the community; he co-chairs the McKeil School of Business’ annual toy drive, and has worked with Mountain Kidz Klub and Special Olympics - Hamilton, and was the founding community chair of Allegra Hamilton’s FootPRINT Fund.