Looking back: Beginning a second career in my 20s

I started at Mohawk’s Fennell Campus, fresh out of high school in 1988.

Towards my later years in high school, I wasn’t totally sure what I wanted to do but knew that I really enjoyed typing and shorthand. I heard about the office admin program through my sister who had previously taken the courses and really enjoyed them. Little did I know, 20+ years later including a second stint at Mohawk, that those ‘roots’ would be coming back to me.

After I graduated from the two-year Executive Office Admin program I got a job in a Hamilton law firm. Not my first choice but I thought I would give it a go and build my resumé in the meantime. I stuck with that job for four and a half years, but I knew something was missing. I wasn’t happy. I was bored and law just wasn’t my cup of tea. I also felt that I could put my skills to work in a totally different field.

I knew that I really enjoyed sports and recreation – being a sporty person myself – and I also liked dealing with the public and helping people. I did some investigating and came up with two choices to return back to school, Mohawk’s Recreation Leadership program or Brock University’s Physical Education program.

Luckily I qualified as a mature student. 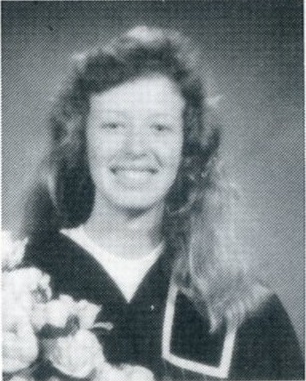 I was accepted into the Recreation Leadership program and thoroughly enjoyed every second of it. I had the opportunity to fast-track and graduated from the course in a year and a half. My instructors were incredible and the entire experience was amazing. I knew I had made a great choice.

After spending a very fulfilling and exciting 19 years in the Recreation Division of Community & Emergency Services Department I once again felt like my talents were stalled. I still really enjoyed typing and computers and administrative work. So I started investigating positions within the City that I could use my administrative roots.

Since March 2015, I am extremely happy to say that I am the Program Secretary for the Neighbourhood & Community Initiatives sections within the Community & Emergency Services Department. I work with some amazing people doing amazing things for the community and City. I absolutely love my job! I am so thankful and grateful every day for what I have achieved and how far I’ve come.

It’s not easy going back to school when you have responsibilities and even though I was only my mid-20s during my second Mohawk education, it was different than the first time. Maybe maturity and learned-lessons had something to do with it but I would highly recommend a second education to anyone who’s just not quite happy or unsure of their current choices.

The one thing I’ve said since I began this ‘back to my roots’ job was that how grateful I was for having my Mohawk education. Mohawk has lead me to some great places, helped me meet some great people from all over the world while forming life-lasting friendships.

This story originally appeared in the Alumni Blog on July 7, 2017.