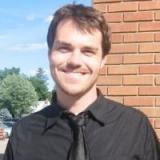 Urban sustainability is an area that he is passionate about. He later pursued employment with Brampton Transit’s planning department. In this role he fought to expand transit improvements throughout the city. He planned the transit network to preserve fiscal responsibility of the system. His plans balanced the needs of the operators, riders and taxpayers.