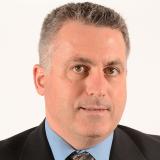 Dave Sinclair retired from the Brantford Police Service as a Sergeant in July of 2011. The reason for an early retirement was a simple one….! Start a new career as a full time professor at Mohawk College. Dave spent almost half of his career working as a Detective in the Criminal Investigation Section, specializing in the investigation of crimes against people such as sexual assault, robbery, attempt homicide and homicide. Dave represents Mohawk College at the provincial level as an executive member of the Ontario Association of Police Educators, joining that provincial committee in August of 2012. Dave primarily teaches in the criminal investigation courses in the Advanced Police Studies and Police Foundations Program and is passionate about the education of future police officers.