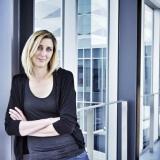 Leisa Mercer started in the industry in 1996 in New York City working for Elle Magazine, upon returning to Toronto she was specializing in areas such as fashion, corporate and stock photography. She successfully completed her Photography diploma at Sheridan College as well as an Event Management certificate program at Humber College. While Senior Art Director at Masterfile for 5 years, Leisa gained invaluable experience in the production and art direction of both local, Toronto based photo shoots as well as those done internationally in cities such as Los Angeles, London, New York and Miami.
For the past 9 years Leisa has been a freelance photo producer. Producing shoots for many clients such as The Toronto Raptors, Toronto Maple Leafs, TFC, Canadian Tire, University of Waterloo, Sears, Canon Cameras, Sport Chek, Fortinos, Ash City, Tiley, Sony, Sports Illustrated and Hydro One just to name a few.