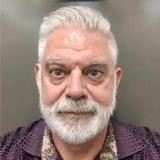 Prior to teaching at Mohawk College, Steve was a Detective/Sergeant with the Hamilton Police Service for 31 years.

As an Investigator, Steve has made a wide range of contacts within the policing community, fire marshal, government agencies and the private sector throughout Ontario, Canada and globally. He has spent numerous years in uniform as a patrol officer; coach officer and patrol supervisor.

Steve was also employed with Intact Insurance (the largest Canadian owned insurance company) as a Special investigator. There, he was responsible for Fraud, theft and staged motor vehicle collision investigations.