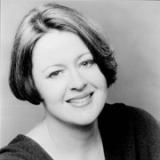 Lita Classen, a graduate of the University of Ottawa and of l'Ecole de Musique Vincent d’Indy in Montreal, received specialized post-graduate training at the Hochschule fÜr Musik und darstellende Kunst in Vienna, Austria. Under the instruction of Ester Rethy, Anton Dermota and Kurt Equiluz, she graduated with diplomas in Sologesang and Lied und Oratorium. During her final year of study in Vienna, she was the recipient of a scholarship from the Austrian Government (Stipendium des Bundesministeriums fÜr Wissenshaft und Forshung). In addition to being honoured by juries at both l’Ecole de Musique Vincent d’Indy and the Hochschule fÜr Musik und darstellende Kunst, Ms. Classen was awarded a silver medal in the Athens International Music Competition “ Maria Callas” in Athens, Greece.

In Canada, Ms. Classen has been heard in recital and on the C.B.C. as well as in guest appearances with choirs and chamber orchestras. A former faculty member of the Royal Conservatory, she now teaches voice at McMaster University and at Mohawk College. Ms. Classen maintains her own private voice studio and provides workshops for a wide range of students from amateur to semi-professional.